Full-featured, ad-supported pinochle app for iPod touch, iPhone and iPad. Play single- or double-deck with configurable options. Pinochle is updated frequently with user-suggested features and AI improvements. Also available in the App Store is a paid version with NO advertising: Pinochle Gold.

Pinochle is a card game played with a 48- or 80-card deck of 9s, 10s, jacks, queens, kings and aces. The game consists of a repeating sequence of bidding (for the right to name the trump suit and optionally to pass cards), melding, and trick-taking. Players score points by melding various card combinations and by taking tricks.

In this version, one human player (South) plays with a computer partner (North) and two computer opponents (West and East).

BIDDING: Each player bids the number of points she thinks she can make with her hand. Player to the dealer’s left is required to bid, and bidding proceeds to the left. Players who pass are out of the bidding for that hand. A typical high bid is 35 points (for 48 cards) or 60 (for 80 cards). High bidder names the trump suit for the hand and optionally exchanges cards with her partner.

MELDING: Players get points by showing various card combinations. A run (or straight) in the trump suit is worth 15 points. Aces in all four suits is 10 points. Pinochle (queen of spades and jack of diamonds) is 4 points, or 30 points for double pinochle (two of each).

TRICKS: Play begins with the high bidder, and proceeds around the table to the left, 4 cards per trick. Each trick has a winner, who gets 1 point per ace, ten or king.

SCORING: If the high bidder fails to make the bid (his team’s total meld plus trick points is less than the bid), the bid amount is subtracted from the team score. Play continues until one team goes out. 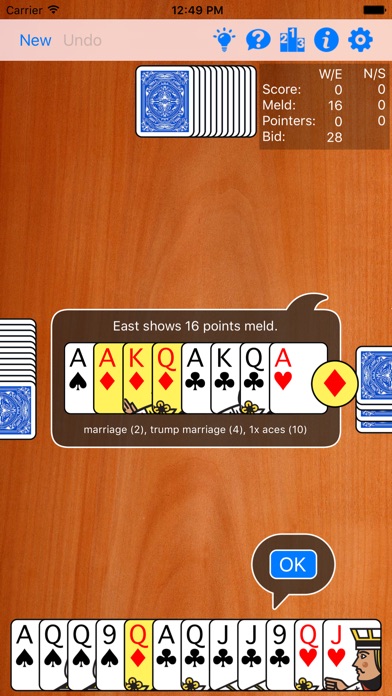 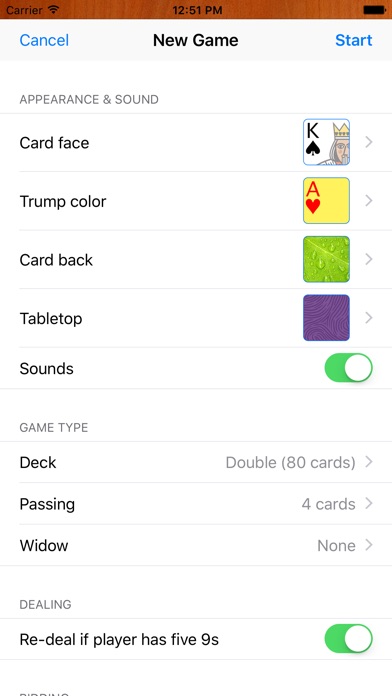 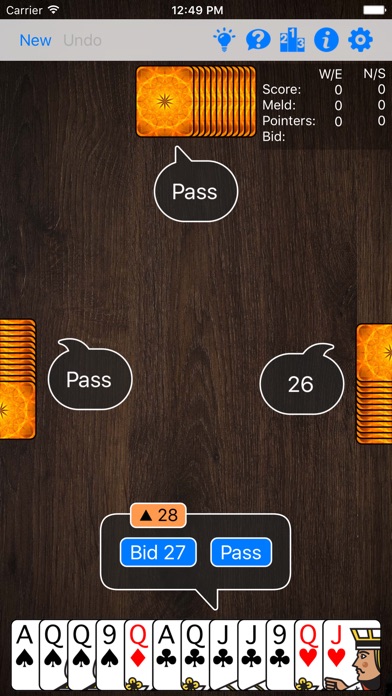 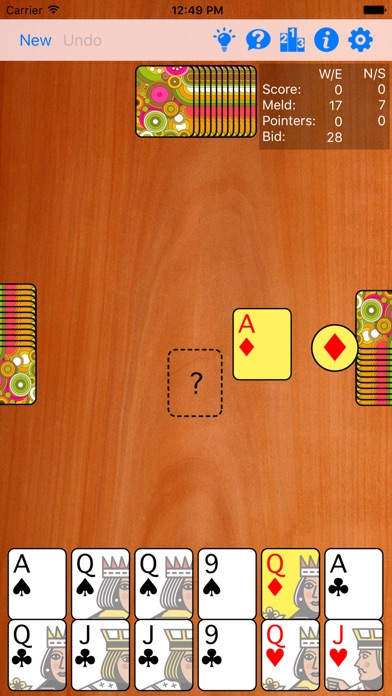 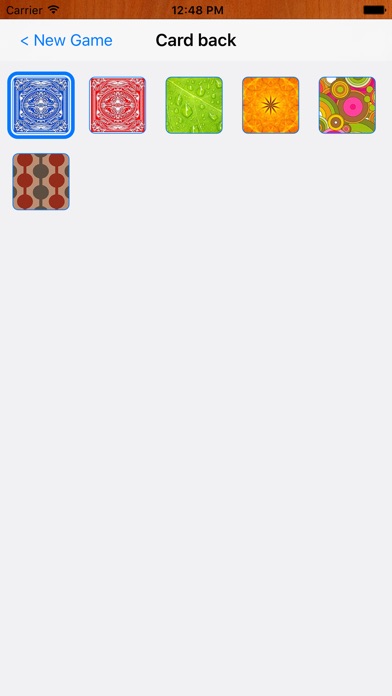