ABOUT GAME
Get ready for infinite warfare! It’s a free commando operation war game, grand battle between Enemy soldiers and US Naval Commando. In this game you are a commando with secret mission, in order to complete your mission you will have to go through different secret missions. There are two different modes (Story and Endless). In Endless Mode There will be waves after waves of enemy soldiers, navy battleships & gunship helicopters attacking at you that won’t let you settle down, shoot them all. The main purpose of this mode is that after finishing waves you will earn coins which help you in unlocking more turrets. In Story mode there are 10 different game levels, every game level is difficult than previous game levels.
In this shooting gunship gunner game there is lot of shooting everywhere, there are different game levels in this commando warship boat games 2017. In this free shooting warship game, you are in best navy games team like one man Army and you have to focus on your strategy games so that you can defeat your enemies in the battle and enemies army through best free action. Navy gunner War strategy game consist of real battlefield with dead island, army gunner and this free shooting adventure game war will provide you with the best grand battle of 2018. Army Commando 3d shooting games are full of army war action and this battleship shooter is the unique flavor of naval warfare. In this army games for free, you are also facing enemies war aircraft and as the real blazing gunner soldier, you have to stealth and survive during the airstrike of the enemies as commando in action. So, it’s more of a strategy action game as compare to simple marine combat action games.
Navy Commando War Operation- Battleship Shooter is the ultimate machinegun shooting navy army commando game. In this warship commando game naval enemies have attacked your marine base with evil intention to dominate and develop their stronghold. You are the best us navy commando warrior of your country and is assigned this duty to eliminate and kill all enemies coming towards your marine base on big warship. Suddenly news of an enemy aircraft carrier ship moving towards us has been received. The ship is full of enemy force & fighter jets, they plan on attacking us. Navy military is well aware of your combat, battle, fighting, war, gun shooting & stealth skills & that is why they have chosen you for a special ops mission in this navy war gunner boat game. You should be well prepared for this deadly sea battle where you will face the real thrill of air combat as well.
In this dockyard shooting game a real grand battle is waiting for you in the shadow of modern navy fight.  Your navy warship is equipped with the latest and most powerful long distant machine gun so that you can with the marine combat. It’s time to start and win the most challenging navy gunner war 2018 with forceful attacks. It’s time to stop the invading naval enemies with super attacks from the machine gun and other weapons. You are the final hope in this gun shooter game.
We make Simulation Games like league soccer 2018, Action games, shooting games like battle royale, and Open-world Sandbox games. If you like what we do and want to help us, consider rating our games and giving a review.
Features: 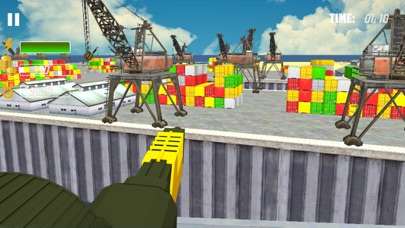 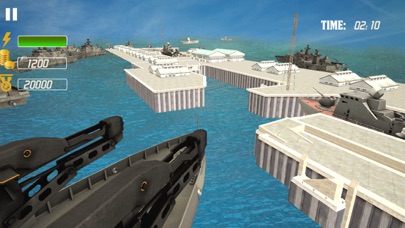 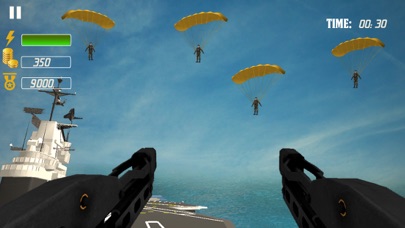 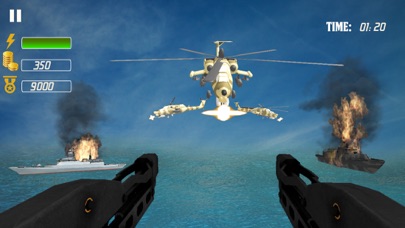