This time we bring a new comic game where we are in the middle ages medieval time and your New York City has been attacked by strange creatures from other planet. They are planning to rule over whole city and spreading zombie virus among the people of New York. You are an iron hero with amazing super powers Jetpack at your back to transform into a helicopter and great abilities like flying with the jetpack, fire with amazing guns fight with punching hand. Transform into a warship helicopter & with the power of jetpack, you can fly over the open city. Being a helicopter robot use all your super power and marvellous strategy to save the people and city from the mafia and gangsters. Superhero robot to fight with other robot transformed and to help save the innocent people and fight against criminals with amazing flying and combat skills. You are a grand futuristic flying steel hero programmed to protect and guard the city. Fly over the grand city to the ultimate height for searching and rescuing people in an emergency situation and take them on the ambulance to hospital. Give a hard time to criminals escaping from the grand city jail combating police officers.The superhero and incredible monsters are busy in taking revenge from bad guys in this situation the civilians of New York need hero with super and strange powers that can save & defend the city from such monster creation. We are introducing the Air Robot Transform Helicopter Battle revolution game with multiple game mode in which you can fly transform stealth helicopter jet plane, which is a revolution in airplane fighting games.The crime is high so download this Air Robot Transform Helicopter Battle Revolution game and enter in new York to save civilians and city from strange creature. 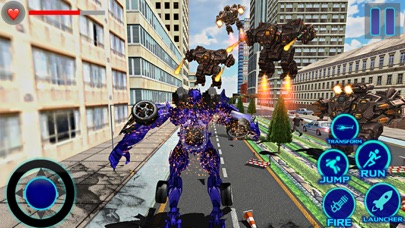 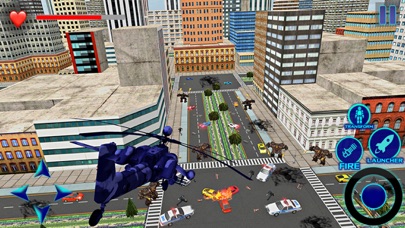 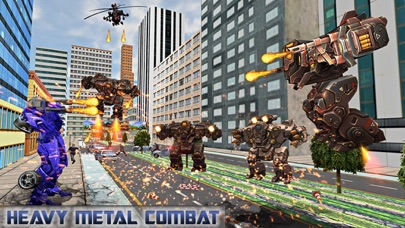