It’s not just another flight simulator! Take off your plane to start a special kind adventure in an endless colorful 3D world! Enemy is watching and will try to shoot you down! Show who’s the real flying ace, crush your enemies and survive as long as you can! New flight game!

Take complete control over plane!
Take off your adventure with small, humble plane and unlock more aircrafts later! You will choose from several different planes like aeroplane, jet plane, military aircraft or even… papercraft plane! Color them how you want and get more plane upgrades as you fly! Thanks to realistic physics, you will get complete control over your aircraft. Do crazy barrels to avoid obstacles or fly smoothly between them. Collect glimmering balls while flying to regain a fuel – you will need it to continue your air adventure! Exploration of colorful 3D world almost without limits! Best game in the world when you look for relax!

Spread the iron wings and begin your flight in an infinite world!
Jump into strange world full of surprises! Fly with airplane through beautiful, colorful, auto-generated 3D landscapes full of rocks, clouds and surprises! Admire sky with unusual palette of colors while flying free… but watch for enemy defenses! Engage in air combat shooting and destroy gun turrets before they shoot you down or avoid battle encounters and enjoy exploration of this strange world! With three different types of missions (Time Trial, Flying Ace, Survival), every playthrough is different! Arcade shooting game with endless possibilities!

UPCOMING FEATURES:
Multiplayer mode!
Enemy will get a wings! Shoot down his military aircraft!
More planes and colors to choose from!
More missions to complete! 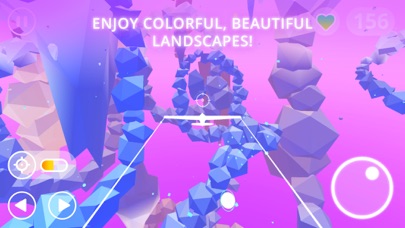 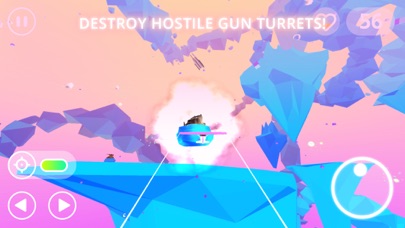 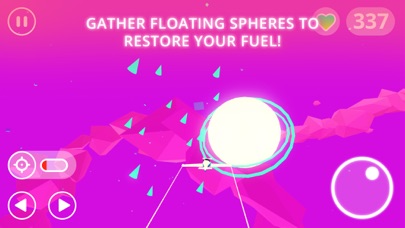