You and your crew of pirate scavangers need to get your hooks on as mich gold as possible. Watch out because the ship you’re raiding is haunted with the bones of pirates lost. You’ll also have to watch out for sharks, and octopi down there.

The more gold you colect, the more help you’lll get from other pirate characters you can unlock. Each pirate character you unlock has more lives than the last, to help you get your best score ever!

– Gameplay is simple and becomes more challenging as you avoid skeletons, sharks and octopi

– The longer you play, the faster the game moves. Each time you play A Pirate Ship Gold Diggers Rush to Battle for Ancient Treasure it changes so you never play the same game twice

– Challenge your friends to beat your score!

-DISCLAIMER FOR KIDS MODE IN APP PURCHASE FEATURE- Kids mode is an In App Purchase feature within the game that allows the user to have unlimited health. Also this feature disables the ability for the character to collect in game coins and the ability to shoot down obstacles within the game. The purpose of this feature is to allow the user and/or kids for that matter to be able to play the game for an extended period of time without being hit by any in game obstacle. The user will also have the option to turn KIDS MODE OFF as well.
—————- 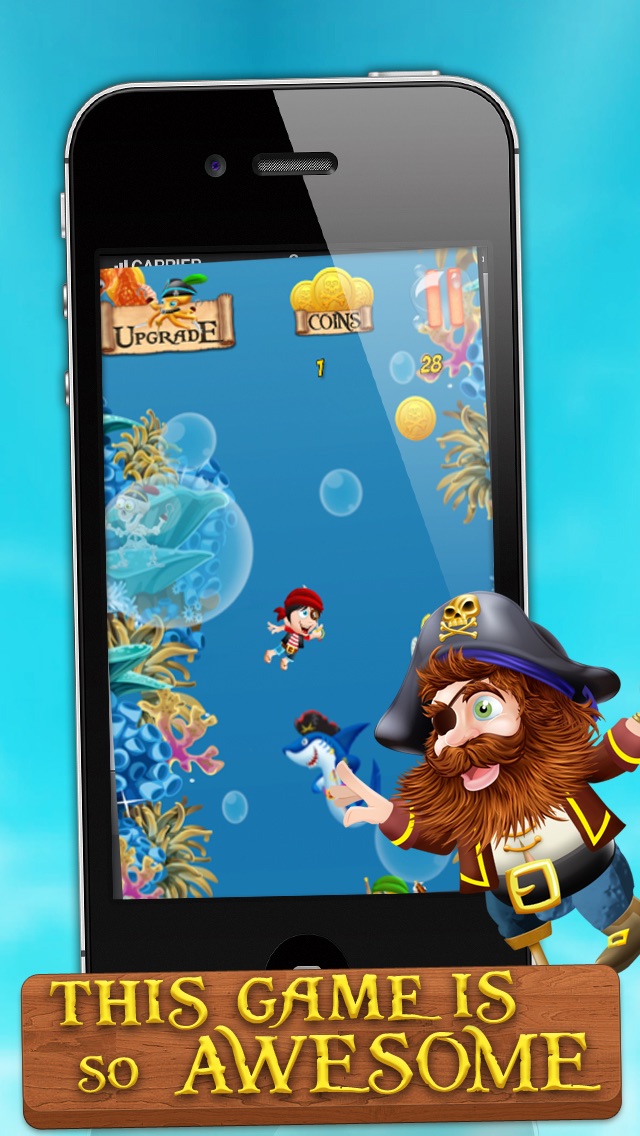 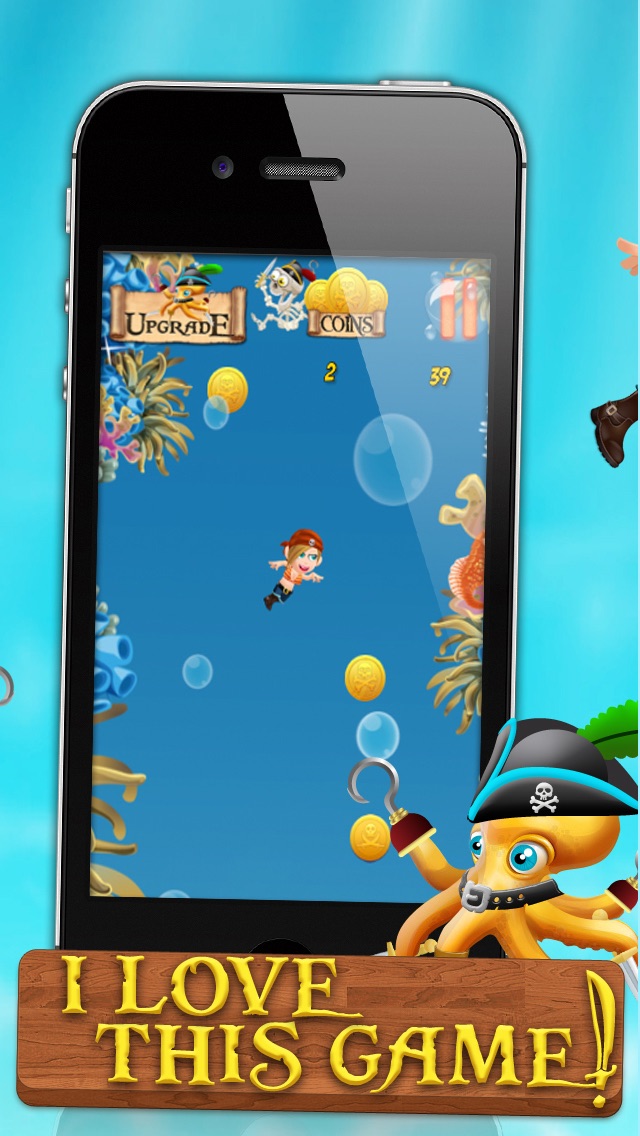 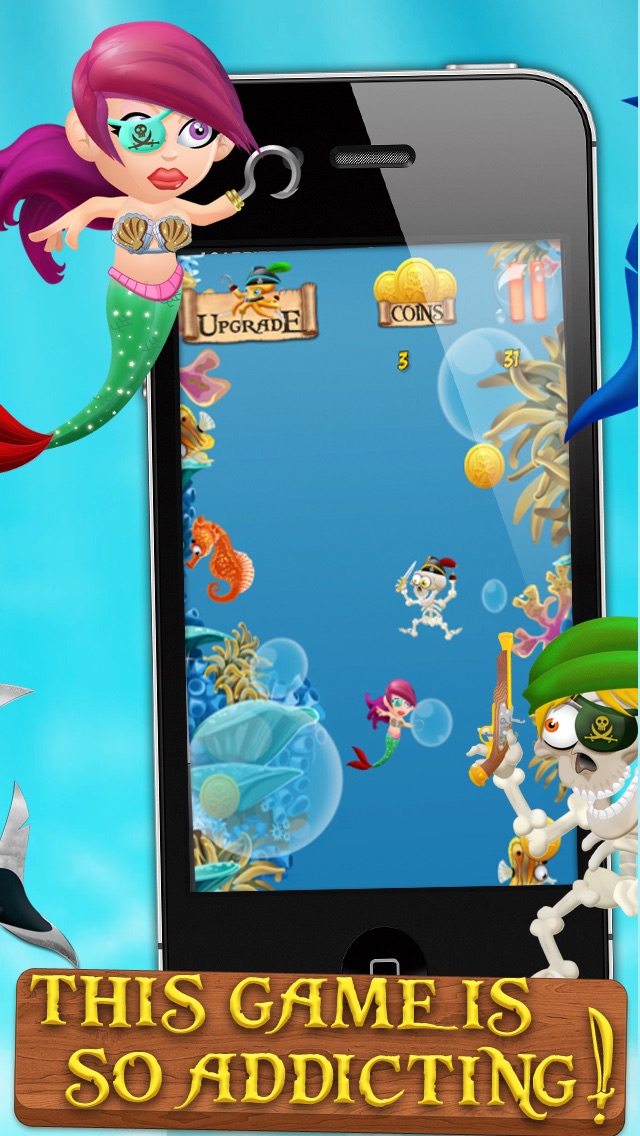 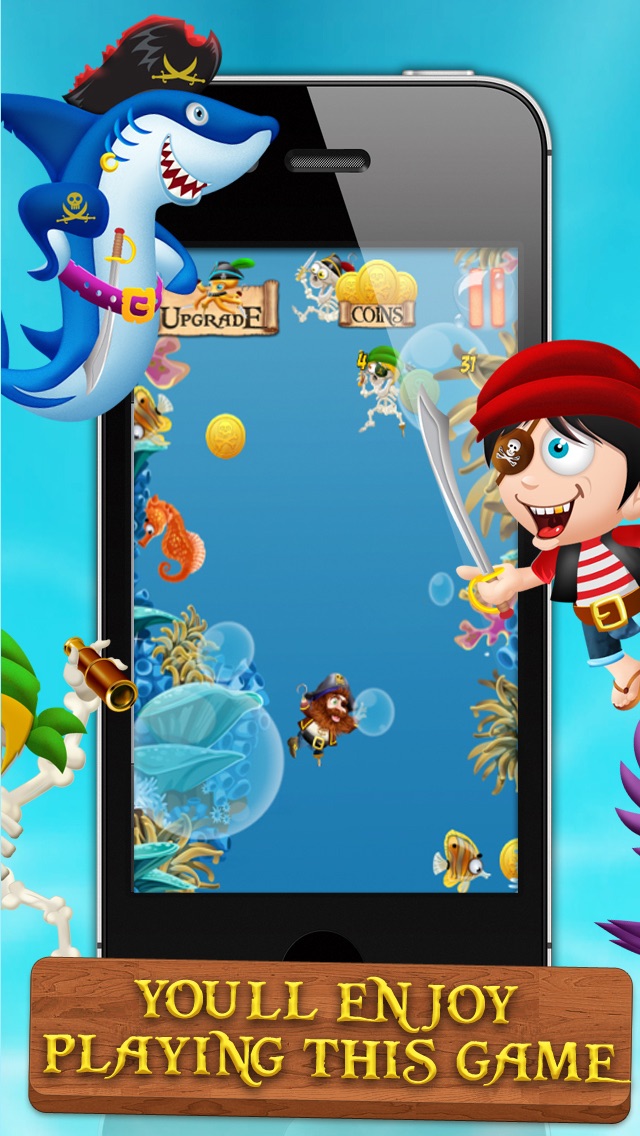 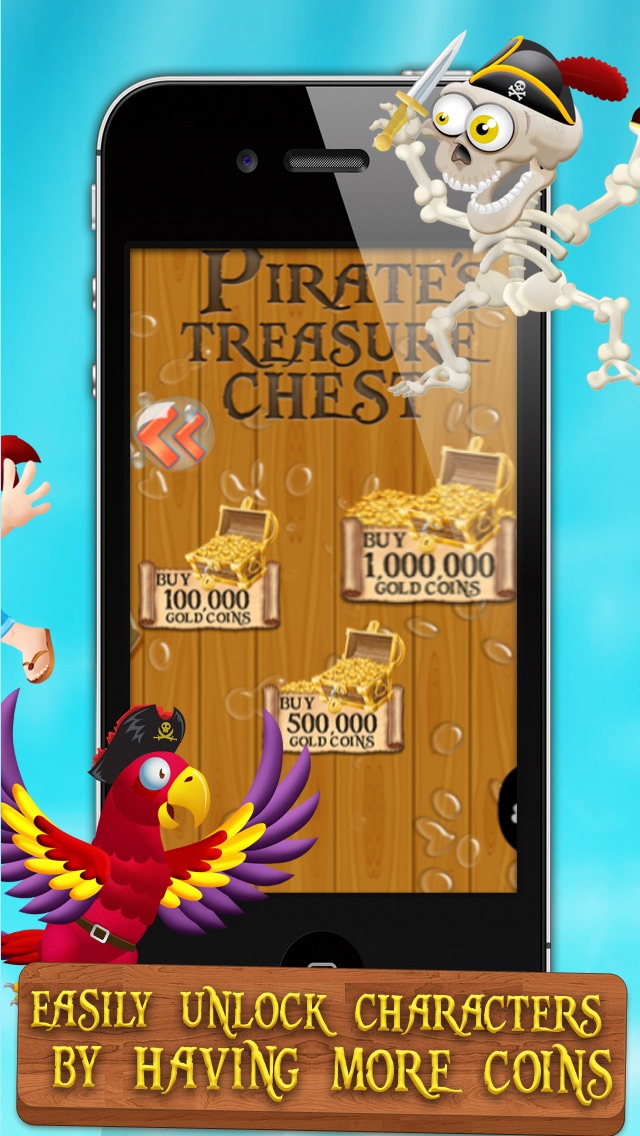