FreeCell is a solitaire-based card game played with a 52-card standard deck. It is fundamentally different from most solitaire games in that very few hands are unsolvable.
You can move cards with a single tap or drag them to their destination.

Building during play
The top card of each cascade begins a tableau.
Tableaux must be built down by alternating colors.
Foundations are built up by suit.

Moves
Any cell card or top card of any cascade may be moved to build on a tableau, or moved to an empty cell, an empty cascade, or its foundation.
Complete or partial tableaus may be moved to build on existing tableaus, or moved to empty cascades, by recursively placing and removing cards through intermediate locations. Computer implementations often show this motion, but players using physical decks typically move the tableau at once.

Victory
The game is won after all cards are moved to their foundation piles.
Various computer versions of Freecell occasionally deal unsolvable games. 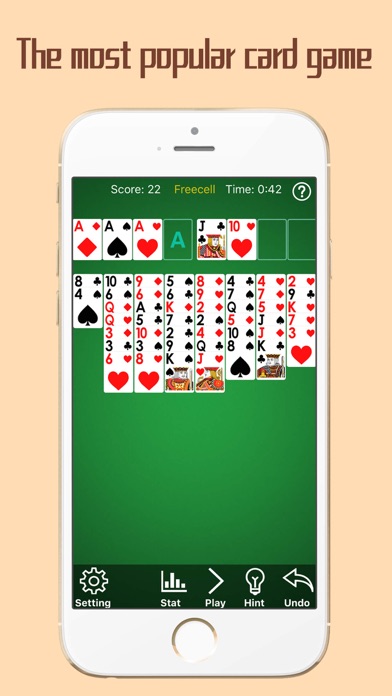 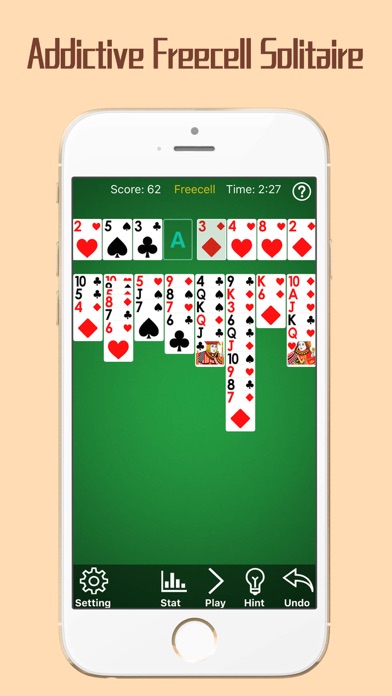